Our TrustBoxes are one of our most successful products in terms of customer usage and impressions. We know they’re popular with businesses, and earlier this year we saw TrustBoxes top an impressive one billion impressions online.

But there’s little information out there about exactly why they’re so valuable to our customers. So we decided to investigate further: We dug into the data collected through our TrustBox product as well as chatted with Milena Nikolova, Trustpilot’s Product Manager for TrustBoxes and Integrations, to shine more light on one of our most important product’s growth and recent milestones. 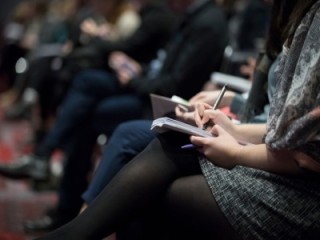 Now boasting 20 different TrustBoxes, our TrustBox Library offers a wide range of styles and designs. A TrustBox is a “widget” that businesses place into the HTML code of their own website. It can display the real-time TrustScore, total number of reviews, and snippets of review content - all in different variations, depending on the TrustBox selected. Some TrustBoxes are clickable, sending users directly to the business’s profile page or specific reviews on Trustpilot.

But enough with the technical details - what a TrustBox really is, is an easy way for a business to openly and honestly display its reputation to customers, using the feedback it has collected from past customers to build trust and increase key metrics.

One of our legacy products, dubbed the TrustBox 2.0, was a single widget that offered several customization options. A decision was made in late 2014 to experiment with a new framework and to build a range of different TrustBoxes that could be tailored to more specific uses. “It all started with a hackathon,” says Milena. “A small group of front-end developers, a designer, and I spent a few days experimenting with different widget designs. The initial idea was promising, and resulted in two new TrustBoxes. We spent the next few months gathering feedback from both companies and consumers, iterating and user testing, and expanding the TrustBox Library with a lot more options.”

The number of TrustBoxes has grown steadily over time, and so has customer adoption. (In December 2014, the number of companies using a TrustBox was 1,344. As of March 24, 2016, this increased to 7,286 companies who use at least one of our TrustBoxes somewhere on their website.) Impressions have grown too (we’ll get into this more later), topping out at a record one billion in January 2016. With one billion people seeing our TrustBoxes in a single month - a fact we’re thrilled about from a brand perspective - we’re achieving part of what we set out to do: help more businesses share real reviews with more customers, all in the spirit of trust and transparency.

We have an entire team devoted to TrustBoxes. Led by Milena Nikolova, it includes five engineers, two User Experience professionals, a Product Specialist, and a Delivery Manager. Milena says that the team draws inspiration for new TrustBox designs from a variety of sources - data, customer feedback, web trends, and from team members themselves. Once a new TrustBox idea pops up, much effort goes into validating whether it will add enough value to customers to justify building.

“We do a lot of testing on new designs - both qualitative and quantitative - before we release something to customers,” says Milena. “That entails multiple rounds of user testing and iterating on an idea until we reach a design that companies want to put on their site and that is trustworthy for consumers. Then we’ll build and release a beta version of the widget and do quantitative testing, so that we’re sure that the new design is really going to be a success.” 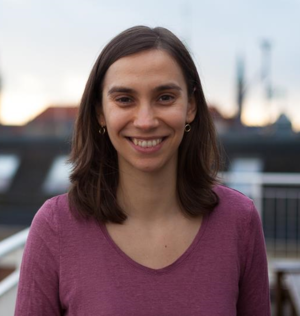 Currently, the three most popular TrustBoxes are the Carousel, Mini, and List. From February 24 to March 24, 2016, the TrustBox Carousel accounted for 15.8% of all companies using a TrustBox. The Mini ranked second with 15.7%; the List was close on its coattails with 15.6%.

Unpacking the common features of these three, we can conclude that businesses like the designs’ inclusion of review content snippets (List and Carousel) and large star ratings (all three). These three TrustBoxes are also clickable, sending users to either the company’s Trustpilot profile page or specific reviews. Learnings from user testing - validated with data - is that businesses implementing TrustBoxes on their sites lean towards a larger-format product that showcases review content, displays the company’s TrustScore, and serves as a single-click gateway to the entire collection of a company’s reviews on an independent, public platform 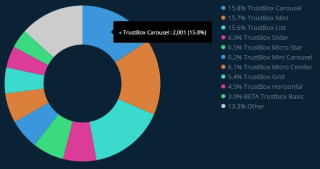 A concern we’ve heard about clickability is that businesses fear customers will click on a TrustBox and navigate away from their site. This fear appears to be unfounded. Data indicates click-through rates on TrustBoxes are low, meaning even a clickable TrustBox acts as a “seal of trust” without stealing traffic away from businesses. When users do click, it shows that they are interested in reading more reviews about a business. Additionally, TrustBox links open in a new browser window, allowing for easy navigation back to a business’s website.

During February and March 2016, the TrustBox Mini led with a whopping 25.7% of total global impressions. The Micro Star TrustBox accounted for 16.3% and the Carousel - a customer favorite since its beta days - registered 11.4% of total global impressions. The Carousel numbers make sense to us, as it’s long been popular on our customers’ sites. Its horizontal layout works nicely in most places - from a homepage to a company About Us page, to an experimental PPC landing page.

The Mini and Micro Star TrustBoxes, however, are smaller, more compact products, meaning they can be placed nearly anywhere on a website, blending into the site’s own design with a high level of styling and responsive design configurations. The Micro Star appears to dominate the impression rankings, due in part to a good number of customers putting it in the header of every page on their site. This is an easy way to highlight customer reviews next to some of the most vital elements of a website - site navigation, company information, and seller accreditation.

Impressions - or the number of times a TrustBox has been loaded on any site across the Internet - are one of the key performance indicator for our TrustBox Library. TrustBoxes racked up 72 million impressions in December 2014, the first full month post-launch. Impression numbers grew steadily over time, hitting 811 million in January 2016. (Note: these statistics account for only “new” TrustBoxes and discount the TrustBox 2.0.) If we include those TrustBox 2.0 impressions, we reached a milestone in January 2016: in that month we exceeded one billion total impressions of all TrustBox products!

Understandably, Milena and the team were elated. “First I wanted to double-check the data,” Milena says, “but once I was sure it was accurate, we could really celebrate! One billion impressions was an enormous milestone for us, and wouldn’t have been possible without our customers’ valuable feedback and their enthusiastic adoption of our TrustBoxes.”

We’ve seen our customers use TrustBoxes in a wide variety of ways on a variety of pages. In fact, their ingenuity is impressive and inspires us! Some of the most common pages featuring TrustBoxes are PPC landing pages, home pages, check-out pages, and product pages.

The strategy of expanding our range of TrustBoxes has so far been successful. We’re noticing TrustBoxes in headers across entire company websites. We’re seeing customers put upwards of three or four different TrustBoxes on the same page: And we’re even discovering TrustBoxes inside Android and iOS apps! But this is only the strategic placement of our products within our customers’ sites. What we’re most excited about is the positive effect they’re having on businesses.

TrustBoxes can help businesses drive conversions. For example, one of our customers ran a test to measure how including a TrustBox impacted lead conversion through form completion and inbound calls. Over the testing period, overall conversions increased by 12% on the test landing page, and inbound calls, twice as likely to convert into sales as form completions, increased conversions by 17%. Another customer put our TrustBoxes on their homepage, running split tests on two different TrustBoxes. Testing in two different places on the page showed that including a TrustBox drove a 4.3% increase in content downloads - turning browsing consumers into active users.

One billion impressions within a month is a milestone for us, but it should come as little surprise. Given how much TrustBoxes help businesses by instilling customer confidence through trust and transparency, it was only a matter of time before we achieved this kind of figure!

Usability and customization are key

Milena attributes the success of the TrustBox Library to the fact that TrustBoxes “are rooted in our customers’ and users’ actual needs. We offer lots of options and they’re designed in a way that is universal and can fit nicely into different site designs, while still showing the key elements - stars, TrustScore, review content - that companies and consumers care about.” 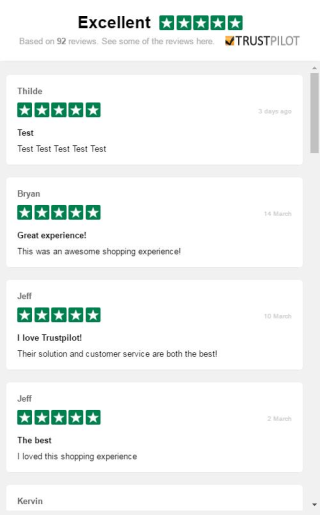 The next generation of TrustBoxes are super-charged

So what’s next for TrustBoxes? What does the future look like?

“We want to take them to the next level,” says Milena. “Over the last few months we’ve invested in improving performance and speed, and in making sure they load as quickly as possible. This is important to us and our customers, and we’re continuously trying to improve.”

Potential enhancements include the ability to split test as well as monitor conversion and ROI directly through TrustBoxes. Reaching the next level requires consistently engaging with our customers and consumers, using their feedback to test ideas and make improvements, and working hard to create the best possible experience for everyone when it comes to on-site trust and transparency.

Request a free demo below, and find out more about TrustBoxes.

How to build trust to acquire (and retain) subscription customers